The Bible – Is it the Word of God? 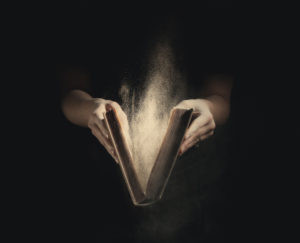 The Bible is a unquestionably the world’s all-time bestseller with countless millions distributed and delivered each year.  The Bible is a compilation of 66 books penned by over 40 separate individuals from a variety of backgrounds (from peasants to noble kings) over a period of at least 1,600 years. These 66 books are divided into the “Old Testament” (39 books) and the “New Testament” (27 books). The Bible was completed nearly 2,000 years ago and stands today as the best-preserved literary work of all antiquity.  Over 24,000 ancient New Testament manuscripts have been discovered thus far. Compare this with the second best-preserved literary work of antiquity, Homer’s Iliad, with only 643 preserved manuscripts discovered to date.

The Bible claims to be written by men who were divinely-inspired by God.  If this claim is true, then the Bible should be the number one need and priority in our lives. We should desire to know what God has to say to us and about how He has designed for us to live.

All Scripture is given by inspiration of God, and is profitable for doctrine, for reproof, for correction, for instruction in righteousness, that the man of God may be complete, thoroughly equipped for every good work. 2 Timothy 3:16-17

The Bible is not the only book to claim divine inspiration, but it is unique in that it offers substantial evidence to back its claims. It even goes so far as to challenge its readers to put it to the test, exhorting us to “Test all things” (1 Thessalonians 5:21).

Is There Prophetic Validity?

Is the Bible True? Unquestionably, the single greatest evidence lending to the Bible’s claims to be divinely inspired is the fulfillment of Bible prophecy. As man  is unable to foresee future events, prophecy is a reasonable indicator of the Bible’s supernatural inspiration. The Bible purports to contain more than a thousand inspired prophecies. The vast majority of these prophecies have already come to pass and can be verified by secular history.

Is the Bible true? Prophecy is not just a phenomenon of the ancient past. Bible prophecy is being fulfilled today before our eyes. Consider the nation of Israel. During ancient times, the Jews were “the least of all peoples” (Deuteronomy 7:7), without a homeland and without freedom, and Jews were serving as slaves in Egypt.   Egypt was the dominant world power. However, because of a promise God made to a man named Abraham, his son Isaac, and his grandson Jacob centuries earlier, God rescued the Israelites from their bondage “with a mighty hand, and with an outstretched arm, and with great terribleness, and with signs, and with wonders” (Deuteronomy 26:8). God gave the Israelites a homeland of their own, made a covenant with them, and entrusted them with the Bible. Israel was a nation set apart for God — God’s testimony to a world that turned its back on the One who created them. Sadly, Israel’s history, like that of the world’s, was one of constant rebellion against God. Over and over, the Jewish people would rebel, suffer God’s wrath, humble themselves, regret their rebellion, turn back to God, and receive God’s blessing again.  Finally, God sent nations upon them and drove the Jews from their homeland. In 70 AD, Roman legions decimated Israel, dispersed the Jews throughout the world, and banned them from reentering their homeland. The Jews were without a homeland for 1,900 years! Nevertheless, God promised the Jews that even though He would remove them from the land, they would remain an identifiable people and would return to their land again. (For example see, Leviticus 26:13-16; Nehemiah 1:8-9; Deuteronomy 30:1-5). It is a miracle in itself that the Jews have survived and remained an identifiable people without a homeland for 1,900 years. All other nations who have ever lost their homeland became assimilated into the surrounding nations and lost their identity within a few hundred years. The Jews have yet remained and miraculously returned to their official homeland of Israel in 1948.

Fulfilled Prophecy as Evidence of the Bible’s Validity

There are nearly 2,000 prophecies, including some 300 prophecies and implications about the life, death, and resurrection of Jesus (book by J. Barton Payne, Encyclopedia of Biblical Prophecy).

There are no prophetic failures.

While there are both obvious and subtle prophecies, most are very detailed and specific.

No other religion has specific, repeated, and unfailing fulfillment of predictions many years in advance of contingent events over which the predictor had no control.

Mathematicians have calculated the odds of Jesus fulfilling only 8 of the Messianic prophecies as 1 out of 1017 (a 1 followed by 17 zeros). This is equivalent to covering the entire state of Texas with silver dollars 2 feet deep, marking one of them, mixing them all up, and having a blindfolded person select the marked one at random the first time.

Fulfilled prophecy is powerful evidence that the Bible is divine rather than human in origin.

Objection: Jesus manipulated events to fulfill prophecy.
Answer: (a) Many prophecies were out of his control (ancestry, place of birth, time of death). (b) His miracles confirmed Jesus to be the Messiah. (c) There is no evidence that Jesus was a deceiver. (d) In order to manipulate all the people (including his enemies) and even his disciples to make it appear that he was the Messiah, Jesus would have needed supernatural powers. If he had such powers, he must have been the Messiah he claimed to be.