God Cares about You »

Does Sickness Come from God? 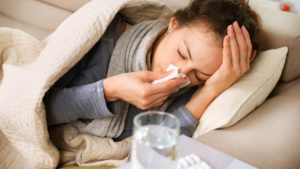 He sent His Word, and healed them, and delivered them from their destructions. Psalms 107:20

If sickness or disease come from God, how does He give it to us? Does He reach out and touch us, giving it to us by His own hand? Jesus was the express image of God, the will of God in action. He said, “If you have seen Me, you’ve seen the Father.” (John 14:9) So if it were true that God gave us sickness by His hand, then Jesus would have given sickness to people instead of taking it away from them. But when Jesus touched people, they were healed. He lived on this earth thirty three and a half years and ministered for three and a half of those years. In all that time, Jesus never gave sickness or disease to anyone. He acted out the will of God, taking sickness away from people. Well, then, does God give us sickness by His Word? Does he speak it on us? No, Psalm 107:20 says, “He sent His Word, and healed them.” So God doesn’t put sickness on us with His hands nor by His Word. Where would God get sickness to put on us anyway? He doesn’t have any sickness in heaven. And when sickness entered this earth through the fall of man, Jesus paid the price to send it to the depths of hell, where it belongs. So there’s only one conclusion to make: God doesn’t have any sickness to give us because sickness and disease are not from God.

God Cares about You »